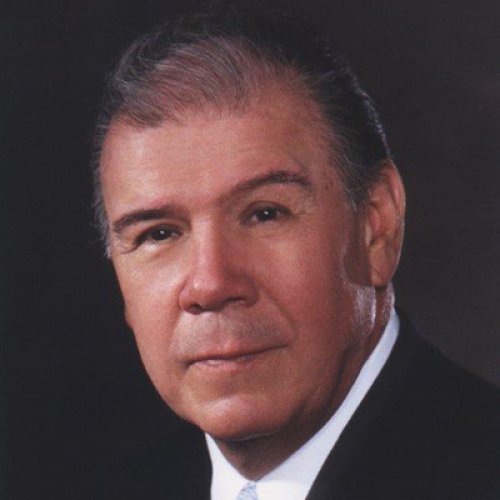 Frank Cruz is a business leader, educator, author and veteran broadcaster. He serves as president of Cruz and Associates, a consulting firm he founded. He is the former chairman of the Corporation for Public Broadcasting (CPB), which oversees and funds the nation’s more than l,000 public radio (NPR) and television (PBS) stations. Cruz also is the former chairman and founder of Gulf Atlantic Life Insurance, the first Hispanic-owned life insurance company in the United States.

Cruz is a founder of Telemundo, the nation’s second Spanish-language television network and of KVEA-TV in Los Angeles, where he served as vice president and general manager.

Cruz is also a former news reporter and anchor for KABC-TV and KNBC-TV in Los Angeles. His awards include an Emmy and the Golden Mike for coverage of Latin American issues and the U.S.-Hispanic community. Cruz holds a BA and an MA from the University of Southern California. He also has an AA degree from East Los Angeles College.

In August 1994, President Bill Clinton appointed Cruz to his first term on the CBP board. Cruz served as board chairman from 1999 to 2001, and as chair of the board‘s audit and finance committee from 1996 to 1999. He was appointed to a second term on the CPB board in September 2000.