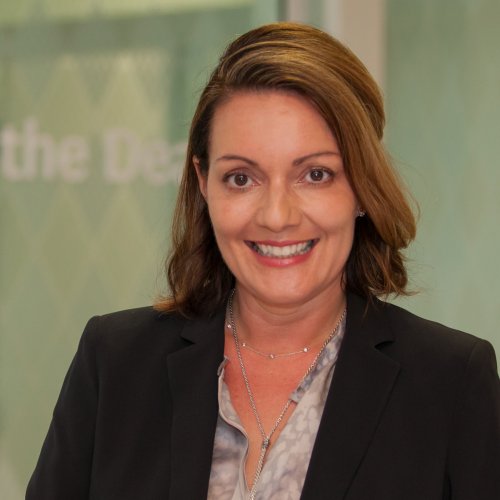 Director of Strategic Initiatives and Partnerships, Office of the Dean; Senior Advisor, Center for Public Relations

Tina Vennegaard serves as director of strategic initiatives and partnerships in the Office of the Dean. Vennegaard is responsible for helping to enhance USC Annenberg’s global reputation by developing and executing USC Annenberg’s national and international strategic partnership programs and initiatives. Vennegaard also is senior advisor to the USC Annenberg Center for Public Relations, a think tank and resource for the $14 billion global PR industry. Previously, she served as managing director at the Center from December 2015 to July 2017.

A seasoned communications strategist, her experience spans the communications spectrum from corporate to consumer and non-profit PR. In the course of her 20-year career, Vennegaard has counseled executives at global companies such as Nintendo and IKEA and collaborated with many leading national industry and trade organizations.

Prior to joining Global Green, Vennegaard was vice president, external affairs at the Skirball Cultural Center in west Los Angeles. She joined the Skirball from her previous role as founder of an international communications consulting practice.

From 1998 to 2006, Vennegaard was executive vice president at Golin L.A. where she led the agency’s top account, Nintendo of America, managed a staff of thirty, and served as a member of the agency leadership team. With a $10M annual budget, she oversaw the launch of multiple iconic Nintendo hardware systems and software titles and plans for events and conferences around the globe. Her leadership was recognized with Interpublic Group’s very first Business Growth Award and her team received more than 40 industry awards for excellence in public relations.

A native of Copenhagen, Denmark, Vennegaard graduated from the Annenberg School for Communication at the University of Pennsylvania. She began her career in political communications, working for congressional and mayoral candidates in Philadelphia and Washington, DC and met her husband, Steve, on the campaign trail.