When Susan Valot graduated from college, she wasn’t sure she needed an advanced degree in journalism in order to pursue her craft. But when, after 17 years as a working journalist, she began to think about returning to school and becoming the first in her family to earn a master’s, she wasn’t sure how that dream was going to become a reality.

Fortunately, after applying to USC Annenberg’s Master's of Specialized Journalism program, Valot was awarded the Jackson Fellowship, which aims to train journalists in science and technology reporting. For Valot, who had always been interested in the medical field and in making scientific news more accessible to the general public, the fellowship was not just a perfect fit. It also played a huge role in making her graduate school education possible.

“There was no way I could have come here without the fellowship,” Valot said. “I was so happy. Happy and surprised.”

Valot has spent most of her career as a journalist and radio news reporter at stations such as KLON Long Beach and Los Angeles' KNX, and was also the Orange County Bureau Chief at KPCC. Most recently, she's been a freelance reporter at KQED’s The California Report and NPR’s Only a Game. After such an impressive--and award-winning--run, the idea of returning to school initially created some mixed emotions.

“I think it’s different coming in [to graduate school] as an older student,” Valot said. “But I think it’s great that there are several people in our class who are older.”

Valot earned her Bachelor’s degree at California State, Fullerton and currently teaches audio production at Saddleback College. Becoming more qualified and competitive as a higher education instructor was a driving force behind choosing to pursue her Master’s of Arts degree, and for choosing Annenberg, Valot said.

“I looked at other options, but they were very broad and very theory-based, and I liked that the Annenberg program was hands-on and focused,” Valot said. “You can use that more than you can use theory. Once you move onto a certain point you want that hands-on experience...and this program also looked lot more fun.”

Though Valot is a seasoned radio journalist, she’s looking forward to gaining more experience in print and digital journalism in order to become the most well-rounded journalist possible.

“I think this will help diversify what I do so I’m not just a one trick pony,” said Valot of the Specialized Journalism program. “I want to be able to do more than one thing well, and I think that’s what makes you stand out as a journalist.”

In addition to diversifying her skills, Valot also wants to narrow her field of focus to produce simple — but thorough — science and technology reporting, which is the ultimate goal of the Jackson Fellowship.

“As science and technology advance ever more quickly, we are increasingly dependent on people who can investigate specific research, innovations, trends, possibilities and problems, and then effectively present this information to a lay audience,” Thomas Campbell Jackson, who created the Jackson Fellowship with his wife, Penny Jackson, said in 2013. “We need talented explainers to engage audiences and transmit information in a largely nontechnical way that is nevertheless meaningful and actionable.”

After the M.A. Specialized Journalism Program concludes, Valot expects to continue as a freelance journalist, though in a much more, well, specialized capacity. That said, she’s open to any number of opportunities that may arise from her experience at Annenberg.

“A year ago if you would have said that I would be going to grad school at USC under a fellowship," Valot said" I would have probably said you were crazy. I’ve always been one who takes the path that’s set out before me, so there could be opportunities that come up through this program in the next year that lay out a completely different path than I was expecting." 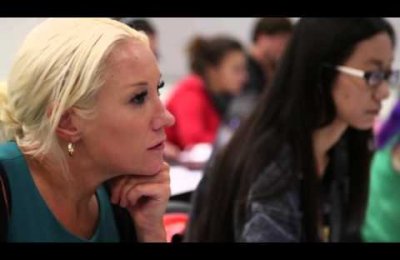 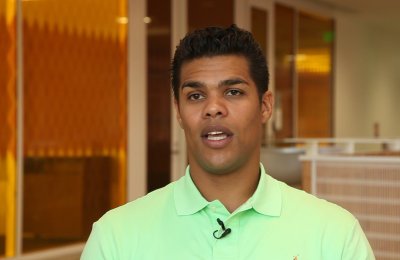