Reprinted with permission from Annenberg Media.

Former FBI Director James Comey paid a surprise visit to Annenberg Media’s newsroom Monday morning while on his way to give a guest lecture at the journalism school.

“Ask me anything you want,” he said.

Many of the questions involved the FBI’s investigation of then-presidential candidate Hillary Clinton and the investigation’s overlap with the 2016 election.

Clinton came under scrutiny for using a private computer server to store classified emails while she was secretary of state. The FBI cleared her of wrongdoing in June 2016, but reopened the investigation in late October that year, after agents found a cache of her missing emails on a laptop belonging to former Rep. Anthony Weiner during an unrelated investigation.

At the time, Weiner was married to top Clinton campaign aide Huma Abedin.

“I believe strongly in the norm that [the FBI] should avoid any action that might have impact on an election,” Comey said. “But I couldn’t find a door that said no action. I could see two doors, and they were both actions.” 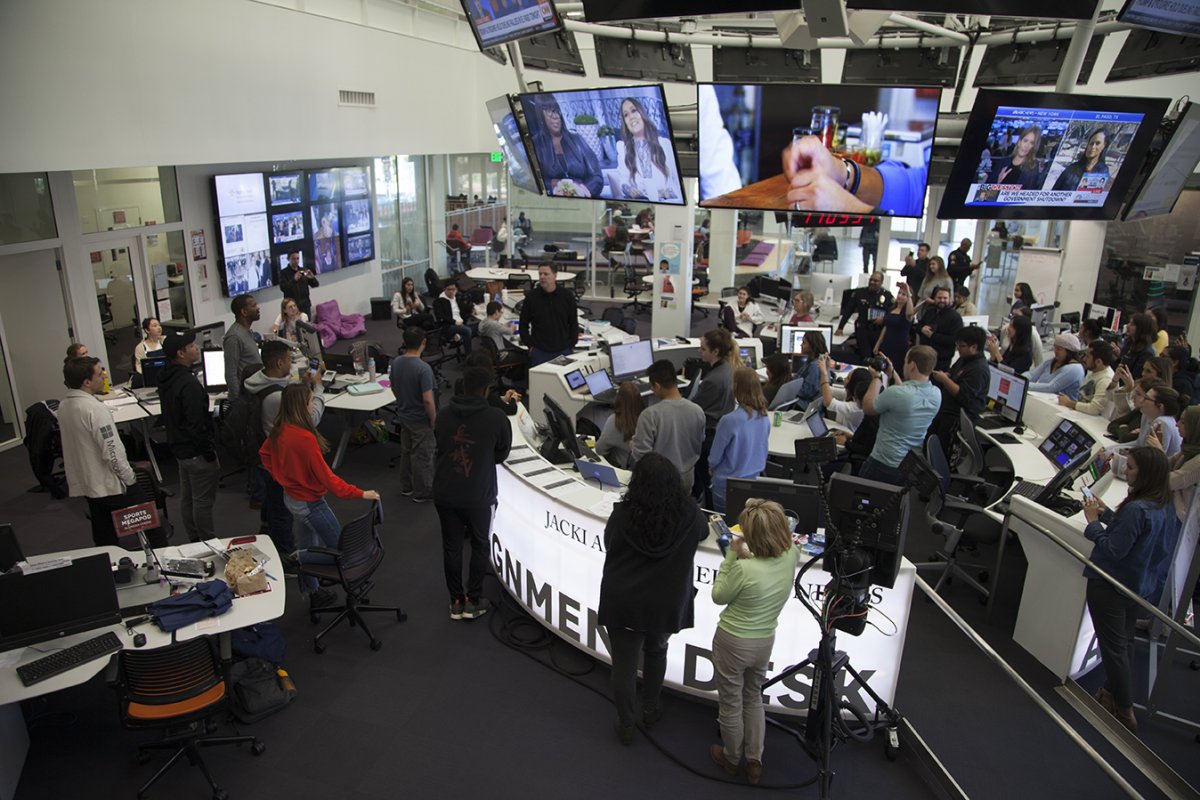 Ultimately, the FBI deemed that the emails it found on Weiner’s computer did not warrant further action against Clinton. The case was closed the day before the 2016 election, and Comey’s handling of the case has been controversial ever since.

“I don't regret the decisions,” he said. “I regret that we were on the field with a whistle in World Cup match where everybody was pissed.”

Comey was also not shy about discussing his disdain for President Donald Trump, who abruptly fired him four years into his 10-year term as FBI director in May 2017. Trump initially cited Comey's mishandling of the Clinton investigation as cause for the dismissal, but later acknowledged in an interview with NBC that he fired Comey in part to stem the investigation into Trump's own presidential campaign because of its ties to Russian entities.

“The president has decided that because he sees the FBI and the Department of Justice as threats, he’ll try to burn them down,” Comey said. “He won’t succeed — he’ll hurt those organizations at the margins, which is a real problem, but in the long run we’re going to be okay.”

Comey’s optimism about the resilience of American civic structures also extended to his opinion of the American press.

“The media drove me crazy when I was in leadership roles at the FBI and the Department of Justice,” he said, “and I loved you.”

Perhaps the most salient theme throughout Comey’s brief Q&A was his emphasis on the importance of the truth in the indispensable nature of journalists who dedicate themselves to reporting facts.

“The truth is a real thing,” Comey said. “It exists. But we need people who care deeply about finding what is true and holding power accountable.”

Comey was on campus to speak during a course on national security reporting taught by professors Marc Ambinder and Joshua Campbell. Campbell previously served as Comey’s special assistant at the FBI.