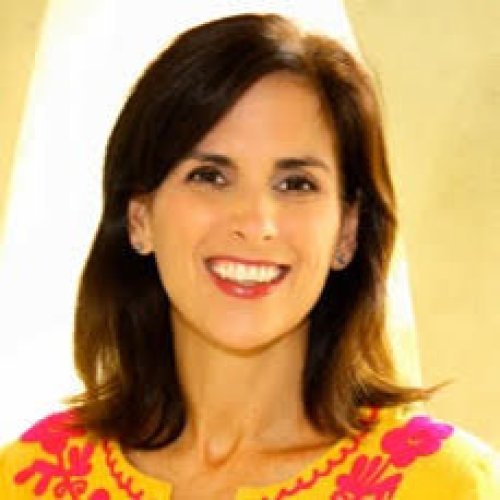 An award-winning broadcast journalist, Rebecca Haggerty is an educator who focuses on innovation, excellence and inclusion, and firmly believes that journalism schools should support and critique the institutions of news media.
Expertise:
Digital Media, Education, Technology and Innovation
Research and Practice Areas:
Civic Engagement and Social Justice
News and Media Industries

Rebecca Haggerty is a broadcast and digital journalist and associate director for the undergraduate journalism program. She oversees a curriculum that trains students to succeed in a changing industry and understand the value of journalism in civic society, as well as its limitations. She spent more than two decades working in broadcast news and documentaries and is the recipient of several journalism awards, including national and local Emmys. She holds a doctorate in education, focusing her research on hands-on learning, creativity and motivation.

Serving as the director of video and multimedia at USC Annenberg’s Media Center, she helped modernize the student newsroom by co-creating an experimental unit that published news reports directly to social media and mobile platforms, expanding their reach and relevance for a student audience.

Haggerty also created an ongoing initiative in which students work to support local news outlets in rural communities in an intensive two-week reporting course. Along with a colleague from the School of Pharmacy, she designed a course on drugs and the media awarded an Interdisciplinary Teaching Grant by the provost.

She researches and writes about journalism and learning, including how students use chatbots for copy editing, sequencing for journalism skills, and journalism school partnerships with industry.

Prior to joining USC full time, she was co-executive producer of “SoCal Connected” on public television’s KCET, which won two Los Angeles-area Emmys. She was senior web editor for “Worldfocus,” a daily newscast produced by NYC public television station WNET, and served as a consulting editor on Manhattan local news startup “DNAinfo.com”.

Haggerty spent 10 years at NBC News as a producer at the newsmagazine “Dateline NBC” and has also produced, edited and written documentaries for public and cable television. In 2001, she was a Knight International Press Fellow in Eastern and Central Europe.

“Highly Motivated Kids Have a Greater Advantage in Life than Kids with a High IQ.” (2017, Quartz)