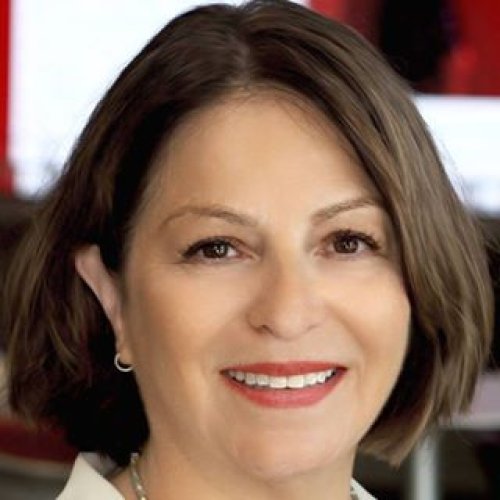 Professor of Professional Practice of Journalism
Associate Dean of Diversity, Inclusion, Equity and Access
Throughout her distinguished career as a journalist, educator and scholar, Laura Castañeda has centered her writing, teaching and research on issues of diversity — particularly the Latino experience — and the pedagogy of journalism.
Academic Program Affiliation:
Journalism (BA)
Journalism (MS)
lcastane@usc.edu
(213) 821-0762
https://twitter.com/lauracastaneda
https://www.facebook.com/lcastaneda
https://www.linkedin.com/in/castanedalaura/

Throughout her distinguished career as a journalist, educator and scholar, Laura Castañeda has centered her writing, teaching and research on issues of diversity — particularly the Latino experience — and the pedagogy of journalism.
Expertise:
Diversity and Inclusion, Education, Gender and Sexuality, Race and Ethnicity
Research and Practice Areas:
Civic Engagement and Social Justice
Culture and Media
Health
News and Media Industries

Laura Castañeda, EdD, an award-winning professor of professional practice in the USC Annenberg School of Journalism, has been a member of the faculty since 2000. Before joining USC Annenberg, she taught at Temple University and worked as a staff writer, editor and columnist for The San Francisco Chronicle, The Dallas Morning News, and The Associated Press in San Francisco, New York and Mexico. Her freelance work has appeared in The New York Times, TheAtlantic.com, and Columbia Journalism Review magazine, among others. Her scholarly articles have appeared in Journalism and Mass Communication Educator and Journalism Studies.

She earned undergraduate degrees in journalism and international affairs from USC, a master’s degree from Columbia University’s School of International and Public Affairs, and a doctorate from the USC Rossier School of Education. She also was awarded a Knight-Bagehot Fellowship in business and economics reporting from Columbia’s School of Journalism.

Castañeda served as associate director and assistant director of the School of Journalism between 2010-2014, where she oversaw undergraduate and graduate curriculum revisions. She also served as the academic at-large officer for the National Association of Hispanic Journalists (NAHJ) from 2016-2018, and is a currently a member of the Advisory Board for Report for America. She teaches a range of undergraduate and graduate courses focused on reporting, writing and diversity.

In 2019, Castañeda was awarded the Barry Bingham Sr. Fellowship by the American Society of News Editors in recognition of an educator’s outstanding efforts to encourage students of color in the field of journalism.

The Barry Bingham Sr. Fellowship, American Society of News Editors (2019).
Named one of the nation’s 10 journalism educators who is “making a difference,” Crain’s NewsPro magazine (2018).
Named a “Disruptive Educator,” CUNY’s Tow-Knight Center for Entrepreneurial Journalism (2017).
Third Place in the “Teaching News Terrifically in the 21st Century” competition for “Introduction to Court Reporting,” Association for Education in Journalism and Mass Communication (AEJMC) National Convention (2009).
Won the AEJMC’s Baskett Mosse Award in recognition of an outstanding young or mid-career faculty member (2002).

“The Road to Higher Education with an ‘Invisible Disability,’” author (TheAtlantic.com, 2016).