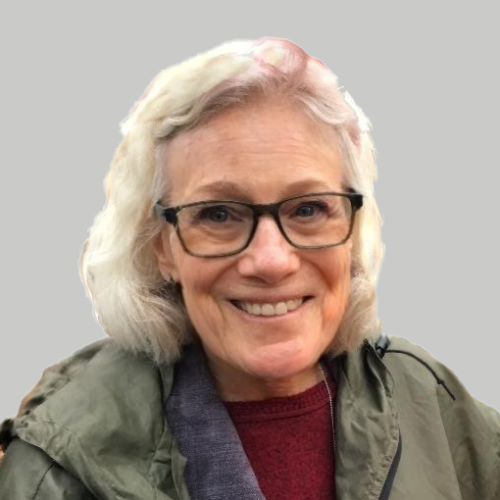 KC Cole is the author of eight non-fiction books, including the national best-seller, The Universe and the Teacup: The Mathematics of Truth and Beauty. A long-time writer for the Los Angeles Times, her work has also appeared in Discover, Wired, The New Yorker, Quanta, The New York Times, The Smithsonian, The Columbia Journalism Review, Newsweek, Esquire, Ms., The Washington Post, Slate and many other publications. Professor emerita at USC’s Annenberg School of Communication, she is currently scholar in residence at UPenn’s Annenberg Public Policy Center. Cole frequently writes on the science of social issues, earning her an EMMA (Exceptional Merit in Media Award) from the National Women’s Political Caucus. She has also won the American Institute of Physics science writing award, the Los Angeles Times award for Explanatory Journalism, the Edward R. Murrow Award for “thoughtful coverage of scientific controversies.” She is an honorary member of Sigma Xi and a USC Remarkable Woman Faculty Member.

Cole’s most recent book, Something Incredibly Wonderful Happens: Frank Oppenheimer and His Astonishing Exploratorium, is a memoir/biography of her late mentor, a physicist who worked on the atomic bomb and as an antidote to nuclear madness founded San Francisco’s world-renowned “museum of awareness,” the Exploratorium. Her books include Mind Over Matter: Conversations with the Cosmos, The Hole in the Universe: How Scientists Peered Over the Edge of Emptiness and Found Everything and First You Build a Cloud: Reflections on Physics as a Way of Life. She has been a science commentator on American Public Media’s Marketplace, KPCC, NPR’s Science Friday and BBC’s World Service. Cole also explores connections between science, art and politics through Categorically Not!—a series of events she founded at Santa Monica Art Studios and brought to USC as well as the Institute for Advanced Study in Princeton. She previously taught at Yale, Wesleyan and UCLA.

Exceptional Merit in Media Award (EMMA) from the National Women’s Political Caucus (2013)
American Crystallographic Association Award for Science Writing (2001)
Los Angeles Times Prize for Explanatory Journalism (1999)
American Institute of Physics Science Writing Award (1995)
Award for “skillful and delightful contributions to the understanding of science,” from the Board of Directors of the Exploratorium (1984)

The Art of Curiosity: 50 Visionary Artists, Scientists, Poets, Makers and Dreamers Who are Changing the Way We See the World, Contributed Chapter (Exploratorium, Weldon Owen/Exploratorium 2019)

Quantum mechanics has a lesson for our polarized society: Two contradictory things can still be true (Los Angeles Times, 2018)

Why You Didn’t See It Coming: When Scale Confounds Our Perceptions, Stories Can Clarify (Nautilus, 2015)

Mind Over Matter: Conversations with the Cosmos (Harcourt 2003)

The Hole in the Universe: How Scientists Peered Over the Edge of Emptiness and Found Everything (Harcourt 2001)

The Universe and the Teacup: The Mathematics of Truth and Beauty (Harcourt 1998)