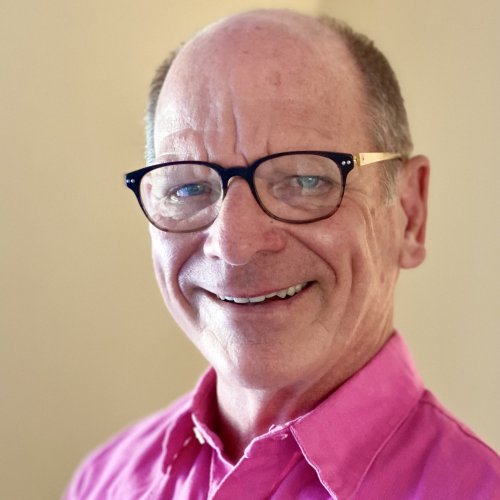 Associate Professor of Professional Practice
A veteran of traditional and alternative media, Alan Mittelstaedt is a faculty advisor in the media center and teaches basic and advanced journalism courses that seek to address the unprecedented challenges facing our democracy.
Academic Program Affiliation:
Journalism (MS)
amittels@usc.edu
(626) 372-2453

Alan Mittelstaedt believes the journalism industry must change to ensure the survival of American democracy. In his classes and in his work in the Media Center, he urges students to take on stories and projects that champion voting rights and scrutinize disinformation campaigns that undermine the government. He advocates reshaping journalism to respond to the chaos caused by those who refuse to accept the outcome of the 2020 presidential election.

He started as an adjunct instructor and joined USC Annenberg full-time in 2009 to help run Neon Tommy, the forerunner of uscannenbergmedia.com. He now advises the Politics Desk and coaches grad students during their shifts in the media center. His specialties are accountability journalism, investigative reporting, politics, opinion writing and photography.

He co-teaches an international religion, politics and culture course with Prof. Diane Winston, which produces stories in collaboration with The GroundTruth Project. In 2018, students traveled to South Korea and produced Seoul on Edge; in 2019, the class went to India and focused on the influence of religion and disinformation; in 2020, the class remained in Los Angeles and reported remotely on the voting rights struggle in Alabama.

One of his long-range goals, he continues to work with colleagues to tap into the media center’s full potential as the largest newsroom in Southern California with more than 300 journalists. He sees the media center one day becoming the region’s top news source, maybe even a for-profit newsroom.

Before joining the faculty, he was news editor at the LA Weekly during the alt-weekly’s heyday and held various roles of staff writer, city editor and investigative reporter at publications in California and Maine throughout his career.

An avid photographer, he chronicles daily life at USC Annenberg in photos regularly shared on Annenberg Media’s slack channels and on his Flickr and Instagram accounts.