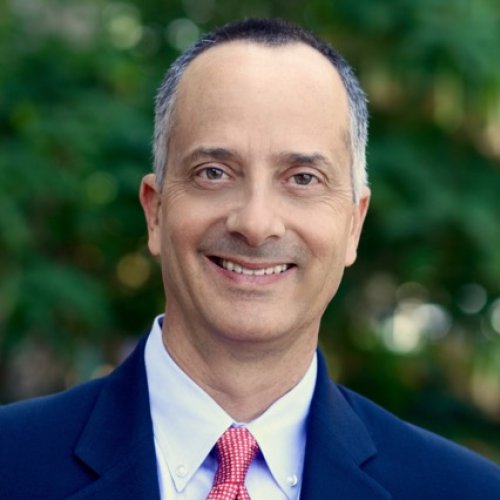 One of the world’s foremost experts on the Olympic movement, Alan Abrahamson is an award-winning sportswriter, best-selling author and in-demand television analyst.
Expertise:
Sports
Research and Practice Areas:
News and Media Industries

As they did in 1984, the L.A. Games in 2028 will transform — everything. Alan Abrahamson has spent nearly a quarter-century covering the Olympic movement. His website, 3 Wire Sports, launched in 2010, has been described as “the world’s best source of information about the [Olympic] Games and the culture that surrounds them.”

Abrahamson was first in the world to suggest publicly, in 2016, that the International Olympic Committee make a historical simultaneous double award of the 2024 and 2028 Games to L.A. and Paris — though he said it should be L.A. first and then Paris. In September 2017, the IOC simply reversed the order.

From 2006 until 2010, Abrahamson served as columnist at NBCOlympics.com, NBCSports.com and UniversalSports.com. For the 17 years before that, he was a staff writer at the Los Angeles Times — nine years in news, the last eight in sports. The 2020 Tokyo Games marked his eleventh Olympics, Summer and Winter; he is a member of the International Olympic Committee’s press committee.

At USC Annenberg, Abrahamson has had the privilege — now for more than 10 years — of teaching to grad students and undergrads alike. Courses have ranged across sports, news and law. Abrahamson is a 1980 graduate of Northwestern University’s Medill School of Journalism in Evanston, Ill., and a 1987 graduate of the University of California’s Hastings College of the Law in San Francisco; he is a member (inactive) of the State Bar of California.

He and his wife, Laura, live in Hermosa Beach, California. They have three children.