How does autocratic lobbying affect political outcomes and media coverage in democracies? This talk focuses on a dataset drawn from the public records of the U.S. Foreign Agents Registration Act. It includes over 10,000 lobbying activities undertaken by the Chinese government between 2005 and 2019.

The evidence suggests that Chinese government lobbying makes legislators at least twice as likely to sponsor legislation that is favorable to Chinese interests. Moreover, U.S. media outlets that participated in Chinese-government sponsored trips subsequently covered China as less threatening. Coverage pivoted away from U.S.-China military rivalry and the CCP’s persecution of religious minorities and toward US-China economic cooperation. These results suggest that autocratic lobbying poses an important challenge to democratic integrity. 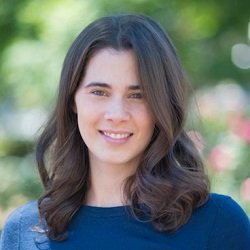 Erin Baggot Carter
Erin Baggott Carter (赵雅芬) is an assistant professor in political science and international relations at the University of Southern California. She is also a visiting scholar at Stanford’s Center on Democracy, Development, and the Rule of Law. She earned her doctorate at Harvard University.
RSVP