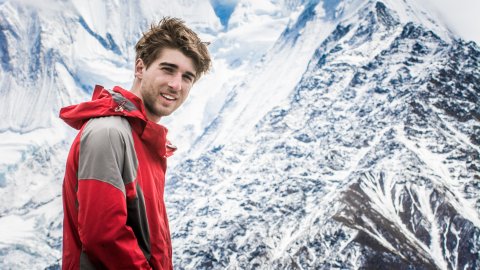 Kyle Obermann
China’s efforts to protect and restore its panda population are well-known, but relatively few know much about its other work to protect wilderness areas and preserve habits for other endangered species. The country has created ten pilot national parks to help accomplish this. Kyle Obermann has been working in these parks and elsewhere to document these conservation efforts and the challenges of also providing a livelihood for area residents. He’s also worked with a variety of non-Chinese firms which have wanted to support the conservation cause. His presentation will draw on his experiences and reporting.

Kyle Obermann is an award-winning conservation photographer and writer based in Chengdu, China. Fluent in Mandarin, his work documents the evolution of China’s nature reserves, national parks, and grassroots environmental groups. He has worked with National Geographic, The Nature Conservancy, Conservation International, BBC, and Chinese National Geography. He was runner up for Adventure Photographer of the Year and Exploration of the Year in China in 2018 and 2019 as well as honored with an Outstanding Alumni Award by Peking University for his work in China. He is a member of the International League of Conservation Photographers, Explorers Club, and conservation ambassador for Key Conservation and The North Face in China.