Data and citizenship: Critical questions and research perspectives from the margins

As more and more social activity and human behavior is being turned into data points that can be tracked, collected and analyzed, we need to ask critical questions about the everyday surveillance of citizens’ lives and the emergence of new forms of data governance. This talk argues that in order to address these questions we need to consider how ‘digital citizenship’ is being transformed by our data cultures. To date the concept of ‘digital citizenship’ has been used by very different scholarly traditions to describe how digital technologies have enabled individuals to participate in society (Mossberger et al. 2007) and to perform one’s own citizenship by enacting specific rights online (Isin and Ruppert, 2015). Yet in the last few years, it has become evident that we are not only digital citizens because our digital practices enable us to enact and perform our public persona online but we are also datafied citizens because our data traces talk for and about us (Hintz et al, 2016, 2018; Barassi, 2016, 2017b).

This talk will present two projects that are both concerned with the advent of ‘datafied citizenship’ and its implications, particularly for those who have historically been at the margins of citizenship debates. Dr. Veronica Barassi (Senior Lecturer, Goldsmiths University of London) will discuss her project Child | Data | Citizen and Dr. Lina Dencik (Reader, Cardiff University) will discuss her project on Data Justice. By presenting these projects, they will argue that current debates on data governance and datafication are often technologically focused, abstract in analysis, or decontextualized in approach. In contrast to these approaches, they argue for the development of a research perspective that studies datafication – and the emergence of datafied citizens – by simultaneously taking into account technological and political economic structures on the one hand, and every day practices and beliefs on the other. They will show that such an approach serves to expand our notion of data politics – understood as the performative power of or in data (Ruppert et al. 2017) – and can enable us to uncover key and context-specific questions about the multiple ways in which citizens are reconfigured within new data constellations and how, they in turn, engage with such configurations.

Join us for an engaging conversation with Barassi and Dencik about these critical questions! Coffee and pastries will be served. 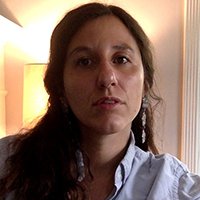 Dr. Veronica Barassi is Senior Lecturer in the Department of Media, Communications and Cultural Studies at Goldsmiths University of London, where she convenes the BA Anthropology and Media Degree. She is one of the founders of the Goldsmiths Media Ethnography Group and the principal investigator on the Child | Data | Citizen (2016-2018) project, which is funded by the British Academy. She was the PI the ‘Social Movements and Media Technologies: Present Challenges and Future Developments’ Seminar series’ funded by the Economic and Social Research Council, UK (2015-2017) and vice-chair of the Digital Culture and Communication Section of the European Communication Research and Education Association (ECREA). She is currently the chair of the E-Seminars of the Media Anthropology Network of the European Association of Social Anthropology. Her work on digital citizenship, activism, big data, and ethnography has appeared on top ranked international journals and she is the author of Activism on the Web: Everyday Struggles against Digital Capitalism (Routledge, 2015). You can find a full list of her publications here. 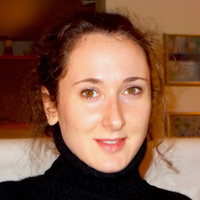 Dr. Lina Dencik is Reader in the School of Journalism, Media and Culture (JOMEC) at Cardiff University. Her research concerns the interplay between media developments and social and political change, with a particular focus on resistance. In recent years, she has moved into the areas of digital surveillance and the politics of data and she worked on the project ‘Digital Citizenship and Surveillance Society’ funded by the Economic and Social Research Council, UK (2014-2016). She is Co-Founder of the Data Justice Lab and currently works as Principal Investigator of the project ‘Data Justice: Understanding datafication in relation to social justice’ funded by an ERC Starting Grant (2018-2023). Lina has written several articles and books, most recently, Digital Citizenship in a Datafied Society (with Arne Hintz and Karin Wahl-Jorgensen, Polity Press, 2018). You can find a full list of her publications here.