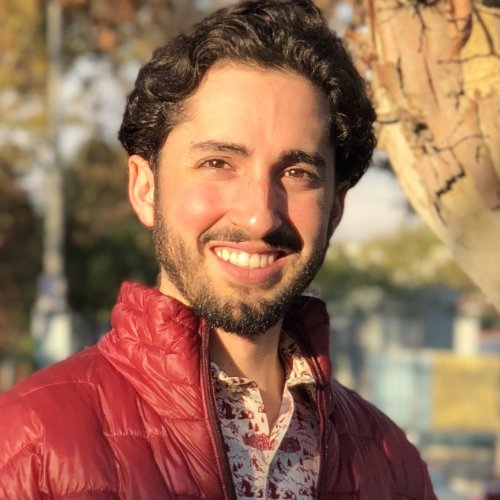 Giovanni Moujaes is the emerging platforms video producer at KTLA 5 News in Los Angeles. In his role, Giovanni is responsible for developing and executing the station’s digital video strategies. He also leads efforts on KTLA’s YouTube and Instagram accounts, the latter of which became one of the five largest local news followings on the platform. Prior to joining KTLA, Giovanni won an OJA for his work as lead producer/editor on a 360 documentary series with Annenberg’s JOVRNALISM in partnership with The Desert Sun. He has also contributed to multimedia stories with The Guardian, New York Times and USA Today.

Giovanni has a BA in broadcast and digital journalism from the USC Annenberg. A Town & Gown scholar, he graduated both Phi Beta Kappa and Phi Kappa Phi in May 2017. Giovanni was one of two students that year to receive the Outstanding Broadcast and Digital Journalism Scholar distinction.

While at USC, he worked as a senior producer for Impact, Annenberg’s new documentary outlet, and spent time as a reporter and web editor for Annenberg Media. Giovanni was also a founding member of the Trojan Youth Soccer League, emphasizing media literacy and communication in the world of youth sports.

In addition to serving on the Alumni Advisory Board, Giovanni volunteers with USC’s Young Alumni Council and is a familiar face at Annenberg student programs.