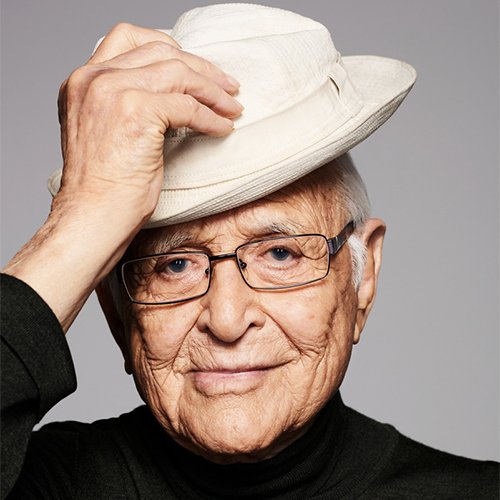 Norman Lear has enjoyed a long career in television and film, political and social activism, and philanthropy. At 95, he has no plans to retire. His re-imagined Cuban-American version of the iconic One Day at a Time was ranked among the Top Ten New Shows of 2017, and its critically acclaimed second season is now streaming on Netflix. His weekly podcast, All of the Above with Norman Lear, is available on PodcastOne. He is also an executive producer on the award-winning Epix docuseries America Divided, now in its second season. Lear is currently in production on the pilot of Guess Who Died, an NBC comedy featuring the overlooked demographic of senior citizens.

Born in 1922 in New Haven, Connecticut, Lear flew 52 combat missions over Europe in World War II before beginning his television career. His classic shows of the 1970s and ‘80s — All in the Family, Maude, Good Times, The Jeffersons, Sanford and Son and Mary Hartman, Mary Hartman, among others — collectively reached as many as 120 million viewers per week and are said to have transformed the American cultural landscape, bringing the social and political issues of the day into American living rooms for the first time. With the rise of the radical religious right, Lear put his career on hold in 1980 to found People For the American Way, the nonprofit organization that remains a relevant and effective force defending all aspects of the First Amendment.

Lear was among the first seven television pioneers inducted in 1984 into the Television Academy Hall of Fame. In 1999, President Clinton presented him with the National Medal of Arts, noting that “Norman Lear has held up a mirror to American society and changed the way we look at it.” His memoir, Even This I Get to Experience, was published in 2014, and the 2016 documentary Norman Lear: Just Another Version of You received an Emmy nomination as the representative program for the PBS American Masters series. In 2017, Lear received a Peabody Lifetime Achievement Award and was a Kennedy Center Honoree.

He is the father of six, the grandfather of four, and the husband of Lyn Davis Lear.