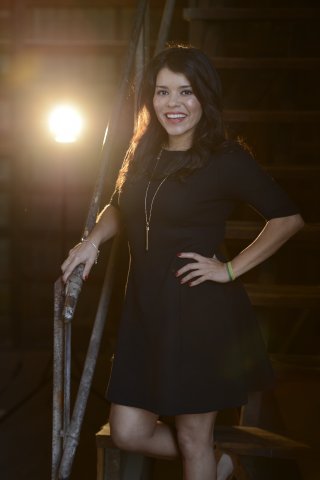 Originally from Chicago, Gina started her Hollywood career at International Creative Management talent agency in Motion Picture Production and transitioned to Film Development in her post with Ms. Salma Hayek’s production company, Ventanazul/MGM. Following her time at Ventanazul, Gina landed at 20th Century Fox Film as a creative executive in feature film development and made the move to television as director for the Fox Writers Lab, Fox TV Directors Lab and the Fox/AFI Filmmakers Lab for Fox Broadcasting Company, 20th Century Fox Television, and 20th Century Fox Film. She was previously the director of content development for Story House Entertainment with a focus on Spanish and English-language scripted series. Currently, she is an agent at Verve Talent and Literary Agency.

Gina attended Columbia College Chicago where she received a Bachelor of Arts in Broadcast Journalism and Television. She is on the Board of Directors for the Young Storytellers, and is an active member of the NALIP women’s board. Gina has also been recognized as one of twenty Latin Americans Making a Difference for American Independent Film Today on Indiewire.