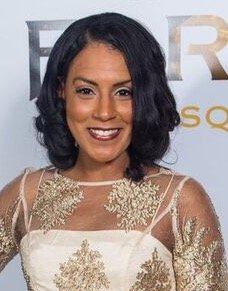 Brenda Robinson is an entertainment attorney and Co-Founder of Gamechanger Films. Her law practice focuses on intellectual property and entertainment matters on behalf of clients in the music, film and television industries. Brenda is currently a partner in the law firm of Swanson Martin & Bell LLP in Chicago. Throughout her career, Brenda has provided legal counsel to numerous recording artists, musicians and composers, actors and actresses, production companies, authors, arts organizations, athletes and entertainers. Brenda is a graduate of the University of Michigan and obtained a law degree from the University of Pennsylvania Law School and a certificate in Business and Public Policy from the University of Pennsylvania Wharton School. Brenda is an associate member of The Recording Academy, is active in the Sundance Institute and is a Patron of the Arts Circle of Film Independent. Brenda is also an active philanthropist in the arts and entertainment community. She currently sits on the boards of The Representation Project, Chicken & Egg Pictures and the Grammy Music Education Coalition. Brenda has acted as production counsel and executive producer for numerous documentary and feature film projects as well as scripted and unscripted television programming. Brenda was named to the Billboard Magazine 50 Attorneys of Note in the Music Biz list in 2014.