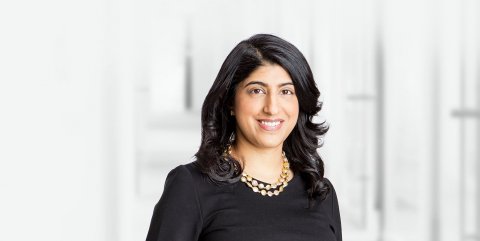 Ms. Kotagal represents victims of discrimination across industries in high-profile, national class actions. She is also collaborating with University Southern California Annenberg School for Communication and Journalism’s Professor Stacy Smith and other industry leaders to transform the hiring practices in the film and television industry. A noted public speaker, Ms. Kotagal is often called on to address issues of employment and civil rights law, class actions, mandatory arbitration and diversity in the workplace. She also speaks regularly to law students and new lawyers. She is currently serving as an advisor to noted filmmakers on a film addressing issues of gender pay disparities.

Currently, Ms. Kotagal represents a class of approximately 69,000 female sales employees nationwide in a Title VII and Equal Pay Act case against one of the nation’s largest jewelry chains in Jock, et al. v Sterling Jewelers Inc. Her clients have alleged a pattern of sex discrimination in compensation and promotions. This case presents cutting-edge issues regarding the certification of nationwide classes and litigating in arbitration. Ms. Kotagal also represents transgender beneficiaries of federal health insurance who have challenged the denial of transition-related care as discriminatory.

Ms. Kotagal was recognized by Law360 as a “Rising Star” (2017). The annual list recognizes lawyers under the age of 40 whose professional accomplishments transcend their age.

Ms. Kotagal is also a member of the Center for Worklife Law’s Working Group on Pregnancy Accommodation and the National Employment Lawyers Association (NELA).

Ms. Kotagal brings to her litigation practice her experience as an organizer, having previously served as field organizer with Green Corps, a field director with the United States Public Interest Research Group, and as an advisor to a Congressional candidate in 2006. Ms. Kotagal also served as an honorary chair of the National Finance Committee of Young Lawyers for Obama in 2008.

While in law school, Ms. Kotagal served as law clerk in the Chambers of the Honorable J. Curtis Joyner, Eastern District of Pennsylvania. She served as an articles editor of the University of Pennsylvania Law Review.

Prior to joining Cohen Milstein, she served as a law clerk to the Honorable Betty Binns Fletcher of United States Court of Appeals for the Ninth Circuit.