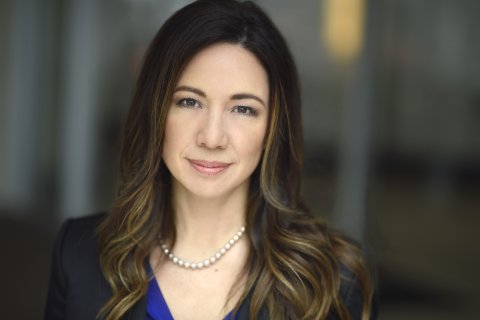 Dr. Christine Moutier knows the impact of suicide firsthand. After losing colleagues to suicide, she dedicated herself to fighting this leading cause of death. As a leader in the field of suicide prevention, Dr. Moutier joined AFSP in 2013, and has revitalized AFSP’s Education team, re-launched its Loss & Healing department, and expanded AFSP’s support to include those with lived experience of suicide.

She has testified before the U.S. Congress and spoken at the White House, she was the host of AFSP’s documentary on surviving suicide loss, The Journey, and has appeared as an expert in The New York Times, The Washington Post, Time magazine, The Economist, The Atlantic, the BBC, NBC, CNN and other print and television outlets.

Since earning her medical degree and training in psychiatry at the University of California, San Diego, Moutier has been a practicing psychiatrist, professor of psychiatry, dean in the medical school, medical director of the Inpatient Psychiatric Unit at the VA Medical Center in La Jolla, associate director of the UCSD Outpatient Psychiatry Services Clinic, and she attended the Consultation-Liaison Service and Neuropsychiatric and Behavioral Medicine Unit at UCSD Medical Center. She also served as a co-investigator for the Sequenced Treatment Alternatives to Relieve Depression study (STAR*D), a large National Institute of Mental Health trial on the treatment of refractory depression.