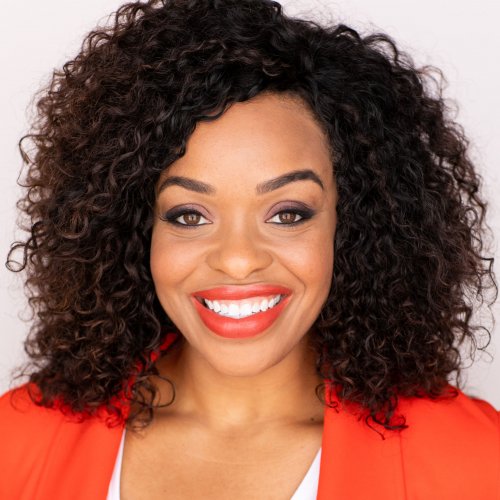 Laila Muhammad works in television and radio in Los Angeles. She is currently a correspondent for the lifestyle show California Live on KNBC and a news anchor/fill-in host at KFI AM 640.

Muhammad has nearly 20 years of experience bringing news and entertainment to audiences across the country. Prior to arriving in L.A., Muhammad worked in Dallas as the host of the syndicated morning show, Morning Dose, which reached viewers in Dallas, Houston, Philadelphia, Miami, Portland, and Washington, D.C.

Muhammad spent nearly a decade as a news anchor at WTKR in Norfolk, Virginia. She got her start in television as a reporter/anchor at WNCT in Greenville, North Carolina. Muhammad taught journalism courses as an adjunct professor at Hampton University and East Carolina University.

Muhammad received her master’s degree in journalism from the Medill School of Journalism at Northwestern University. She has a bachelor’s degree in communication and history from Salem College.

Muhammad is a proud former “army brat” from North Carolina. She lived in Germany for a few years and attributes her love of traveling and meeting new people to her adventures growing up in a military family.