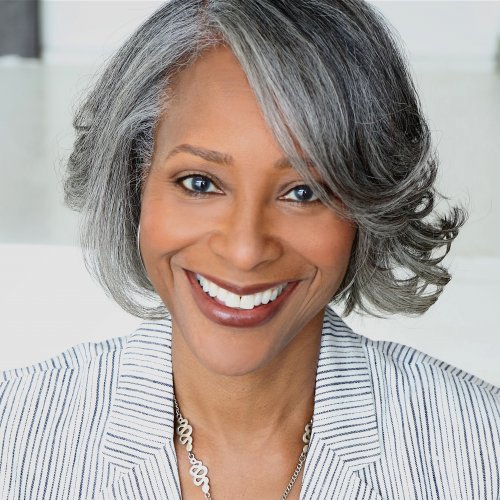 Janice Rhoshalle Littlejohn is an author, journalist, and essayist. She is the former director of special projects and senior editor for “Los Angeles Review of Books” and has been a columnist for the Associated Press. Her work has appeared in more than 40 print and online publications including the Los Angeles Times, USA Today, Essence, Ms. Magazine, and Shondaland.com. She is a 2021 Hurston/Wright Foundation Non-Fiction Writers Fellow and co-author of Swirling: How to Date, Mate and Relate Mixing Race, Culture and Creed. Her current writing project, Grounded, is an assemblage of stories, photographs and recipes rooted her maternal family’s history in East Tennessee.

Littlejohn is also associate director for the Los Angeles Institute for the Humanities at USC, where she earned her master of professional writing degree. She has a BA in communication from Loyola Marymount University, where she also taught journalism as an adjunct professor.

In addition to her print work, Littlejohn has adopted a new storytelling platform, filmmaking. She’s directing and producing the documentary, “‘…but can she play?’: Blowing the Roof Off Women Horn Players and Jazz.” The work-in-progress project has been twice recognized by Black Women in Jazz and the Arts Awards for raising awareness about the stories of jazzwomen instrumentalists. She was a finalist in the DreamAgo Plume y Pellicule international writing atelier as co-writer on the screenplay, “Those People: A Love Story,” and attended the organization’s week-long screenwriting workshop in Sierre, Switzerland.

As an educator, author, journalist and community advocate whose work focuses on women’s issues, culture and media, her experience with, and sensitivity to, working with people from wide-ranging economic, racial/ethnic and cultural backgrounds, and sexual orientation/reassignment, is particularly noteworthy – for which she has received commendations from the City of Los Angeles, APLA Health and others for community service and leadership.